Investing in Their Futures – Summer 2022 Update 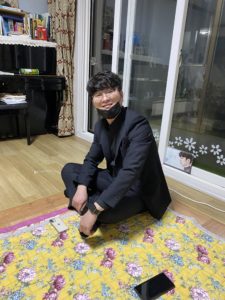 KKOOM started its 15th Anniversary celebration in September 2022. One of our longest lasting programs has been the college scholarships for young adults who have aged out of the social welfare system in South Korea. We are excited to share how many lives we have impacted through these semester scholarships in the future. This report gives an update on how scholars Minyeol and Jaehyuck are doing in their second years of graduate and undergraduate school. 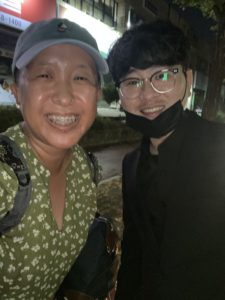 Minyeol dedicates Sundays to serving in the church community

In 2017, we began supporting Minyeol as a KKOOM college scholar with his Associate’s, Bachelor’s and now his Master’s degree. And despite the challenges and limitations brought on by Covid-19 and spending the majority of his classes online, Minyeol is grateful to have been able to successfully wrap up his first year of graduate school studying Theology in 2021.

He told KKOOM that his favorite course so far has been “Christology” which involved difficult terminology and vocabulary. It provided him with a much deeper understanding into his faith as he aspires to become a praise minister. He is thankful to now have in-person classes this year.

In fall 2021, Minyeol was also matched with a church ministry and has since poured his heart into serving. He spent his summer break interacting with the young children of this church and even finds himself eagerly anticipating the weekend because he gets to spend precious time with the elementary school students from the ministry.

During Chuseok, one of the largest holidays in South Korea in September, KKOOM’s Executive Director and Co-founder had a chance to catch up with Minyeol. Minyeol is always very grateful to KKOOM supporters for helping make his collegiate experience possible. His gratitude could be felt in every word he expressed to KKOOM’s leadership and how much encouragement the scholarship gives him on a daily basis. 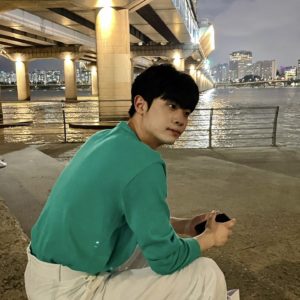 Jaehyuck has been watching a drama called “Twenty-five Twenty-one,” a coming-of-age youth drama.

In 2021, we announced Jaehyuck as one of KKOOM’s most recent college scholars! He grew up in a KKOOM-supported children’s home and started his 2-year college degree in spring 2021 at a university in the Gyeongsangbuk-do region. He is studying Security Management while also pursuing his dream of becoming an actor.

We asked Jaehyuck to reflect on his first year in college. Jaehyuck shared with us that he was both fascinated and excited to get to study in college but found that adjusting to the new environment and people was a bit challenging. However, he soon got accustomed to school life, made close friendships with his peers, and even achieved an impressive ranking of 18th out of 40 students at his school. He says it was an extremely rewarding experience to have studied the hardest he has in his entire life to receive such high grades. His classes are a mix of in-person and online classes so, besides the days he has shoots for film projects he is involved in, he goes to school to take classes. His favorite class in the spring semester was “Security First Aid Response”. He found it fun and engaging to learn ways to make quick judgments that could save lives.

Jaehyuck spent his winter and summer break pursuing his dream of becoming an actor by studying with his acting teacher to improve his skills. He even told KKOOM that he was able to take part in amazing experiences including learning directly from experienced actors and auditioning for short films and dramas. Recently, Jaehyuck was even featured as a supporting actor in a music video for a band called Suri!

Only provided with $4,000 in government aid, he was expected to navigate adulthood alone and encountered a lot of difficulties after leaving the children’s home at 18-years-old. Jaehyuck’s hard work and resilience has proven that despite these difficulties, your support or encouragement through KKOOM’s scholarship can help motivate him through the most challenging days. Thank you for supporting Jaehyuck’s future by investing in him now. 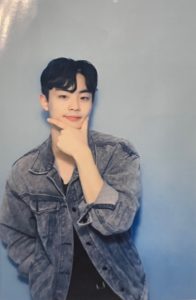 Jaehyuck’s favorite foods include meat and ice cream which never fail to lift his spirits when he’s feeling down.

Within the next year, we are excited to reconnect with former KKOOM scholars to hear how the scholarship directly impacted their lives and career goals. On behalf of the young adults we serve, we thank you for your steadfast support in brightening the lives of Minyeol and Jaehyuck.