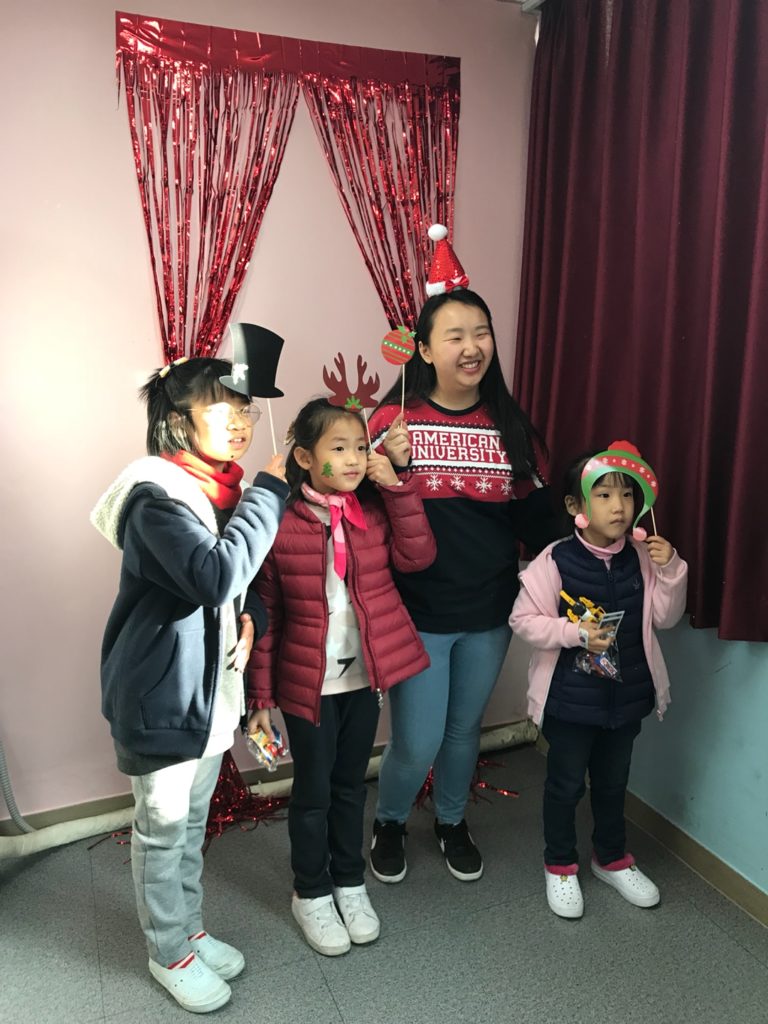 Volunteer Isabel taking photos with some girls at Samsungwon Orphanage

December is always a special time for KKOOM and the children we serve in South Korea. It’s been an annual tradition for the past ten years to host Christmas cheer for approximately 130 children in Gumi and Gimcheon. This Christmas, KKOOM had the pleasure of continuing the tradition thanks to your generous support. 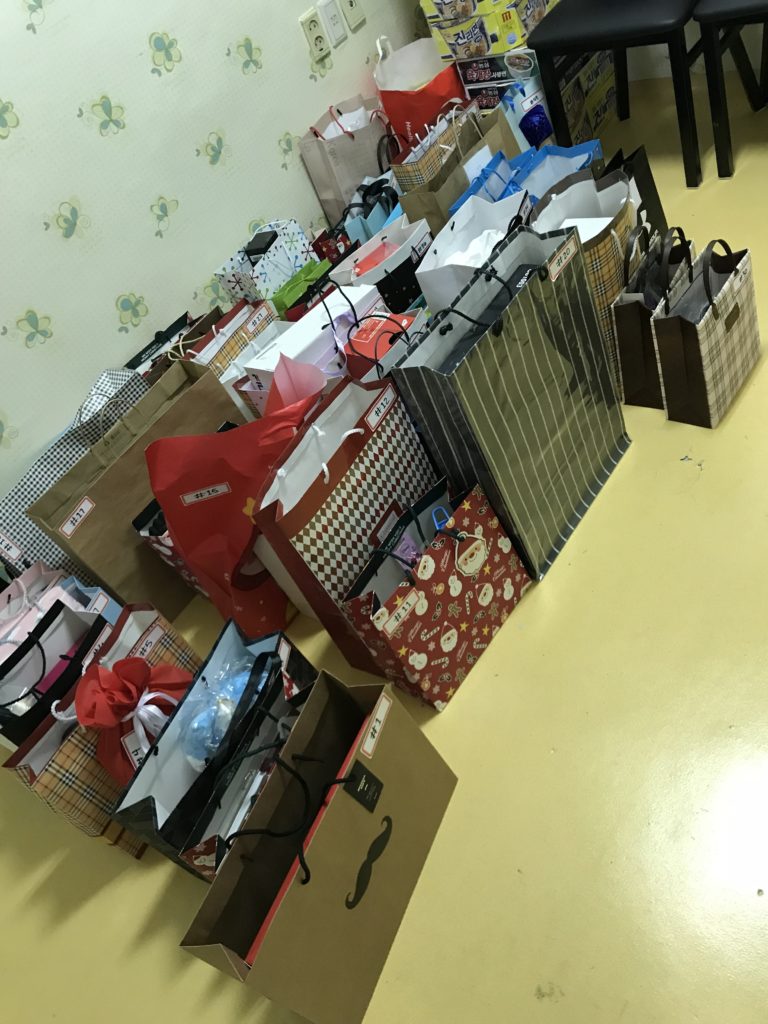 On December 15th, fifty-two children at Samsungwon Orphanage received a specific wish list gift that was approximately thirty-five dollars. KKOOM relies on Santa Shoppers in South Korea to buy the gifts and we usually purchase the few remaining unfulfilled gifts. We had a Christmas miracle this year! Just two weeks before the first party, a 2017 volunteer from Australia offered to sponsor the remaining 26 unfulfilled gifts. It helps KKOOM tremendously to have amazing volunteers buy the exact gifts for the children, especially with online purchases. This year, every child was satisfied with the gift they received. 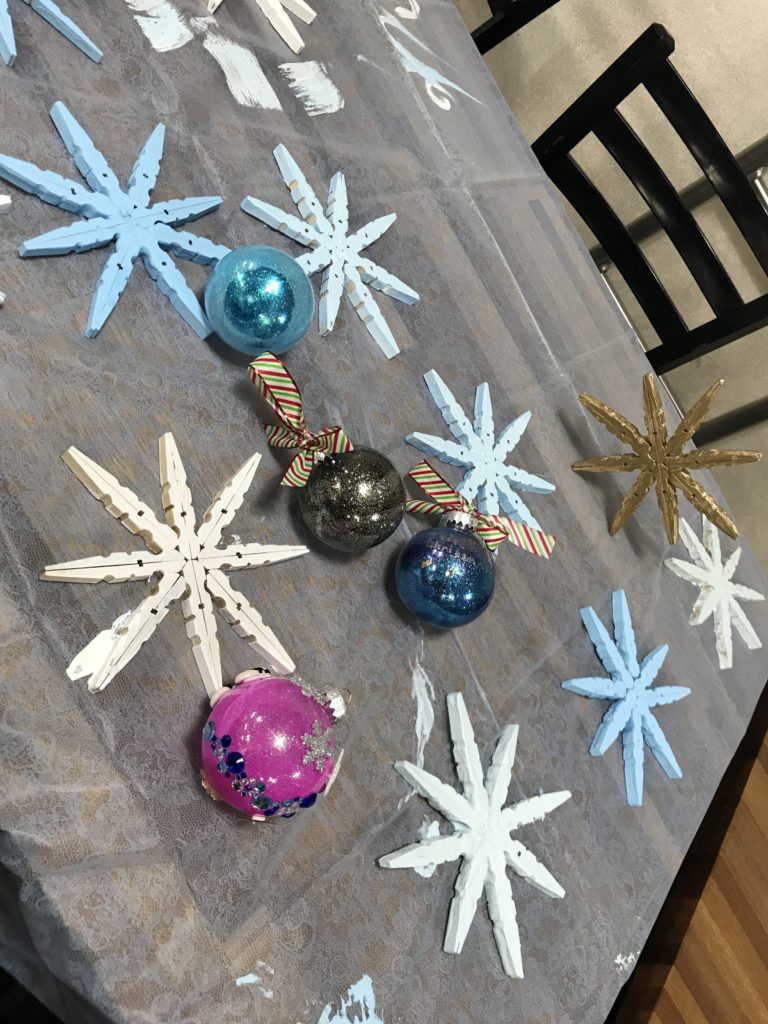 The children at Samsungwon decorated a snowflake or bulb ornament they filled with glitter. The atmosphere was bustling with cheerful children picking their glitter color, volunteers helping to re-glue clothespins for the snowflakes, and the children listening to BTS and other K-pop songs. With the Samsungwon party being a success, KKOOM prepared for our next party the following weekend on December 22nd. 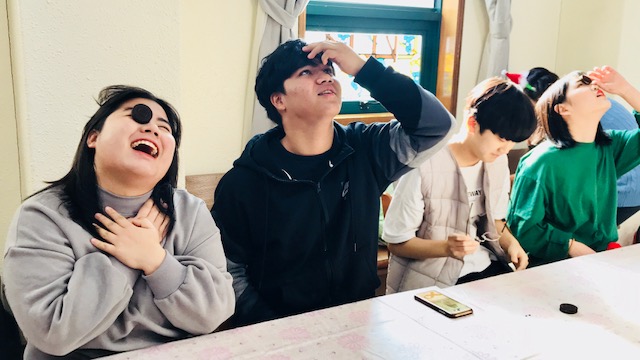 Just a thirty minute drive or 15 minute train ride away is Gimcheon where Emmanuel Children’s Home is located. There are eighty-five children as young as one years old to nineteen years old at Emmanuel. Being the largest children’s home in the North Gyeongsang Province, KKOOM always splits the children in two groups so they can be better engaged with the activities. At both parties, KKOOM planned minute-to-win-it games for the first time. They were a hit! The boys competed against the girls throwing rings on a reindeer headband, riding a carpet across the floor, and unwrapping hershey kisses while having oven mitts on their hands. 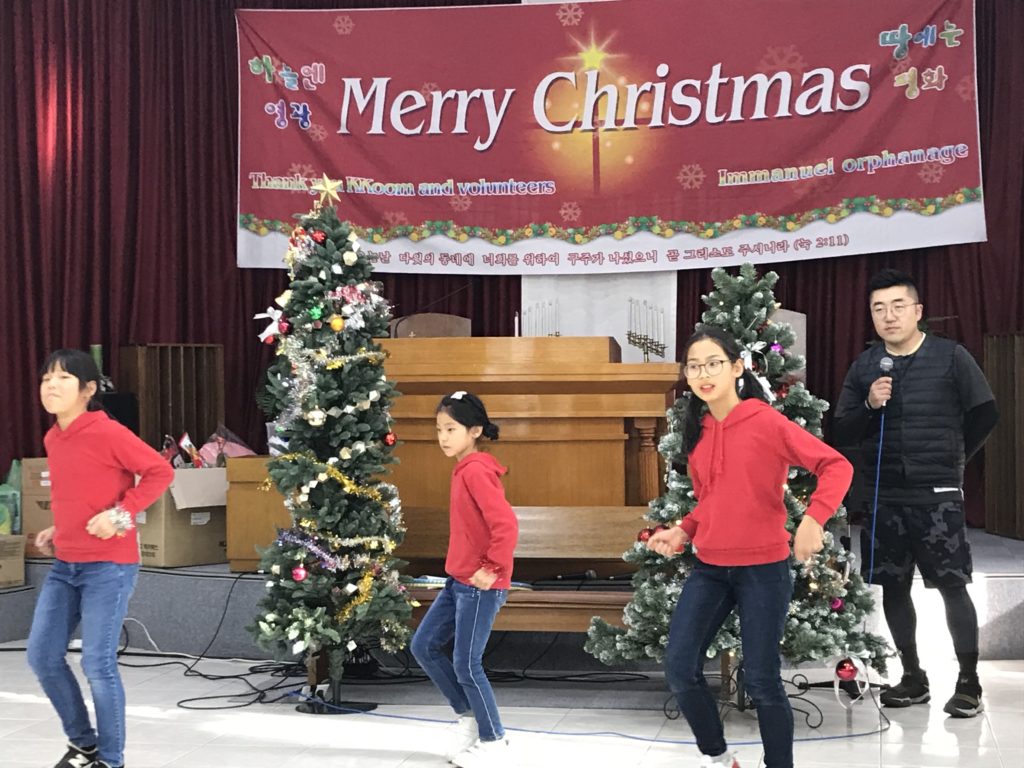 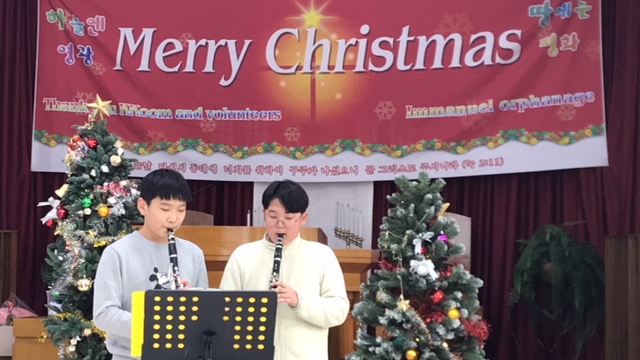 Life is about finding joy in the small moments. There were so many moments of joy, from hearing how a high school girl at Samsungwon Orphanage was so excited to receive not just one set of makeup but two sets. Her house mother mentioned she had not seen the girl that excited in awhile. It was encouraging to see Geon, one of the shy high school boys stick around to take silly photos with the volunteers after the party. 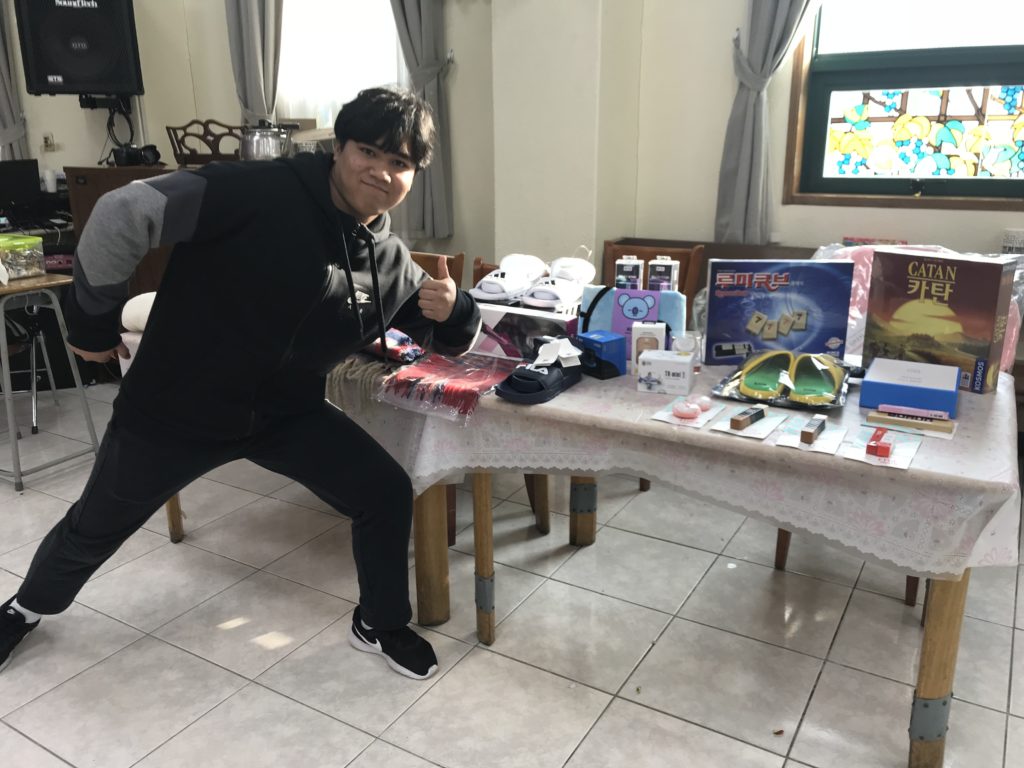 Thumbs up for getting the white slippers he wanted!

A high school boy at Emmanuel was eyeing an pair of white Adidas slippers as we set-up the gifts. He had the best expression of pure bliss when his number was called to pick a gift of his choice. Walking back to Emmanuel after having dinner together, a volunteer was holding one of the younger toddlers. The young girl said “I love you,” as KKOOM’s volunteer Margaret said it to her. Laughter filled the room as elementary girls chased Santa around at Emmanuel after the party. Santa came back the next day to attend church with the children and got to express his gratitude in Korean to the children, house mothers, and Emmanuel’s President. 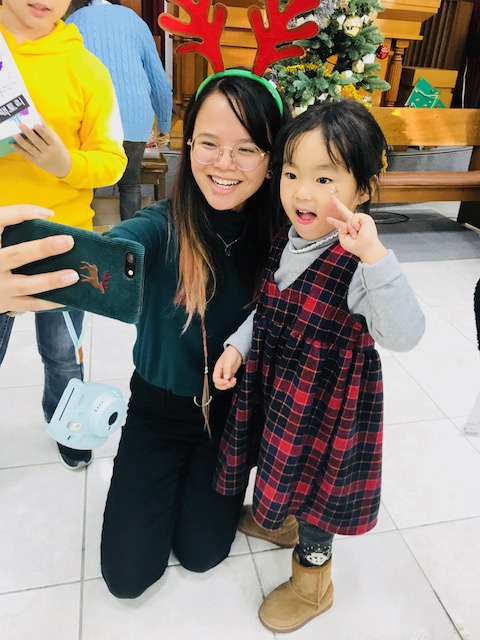 Your giving helped make this Christmas a memorable one for the children and marked a new season of hope with snow falling for the first time in several years. Thank you for the joy you give Korean children every single day. To continue impacting the lives of these children year-long, you can make a donation here.