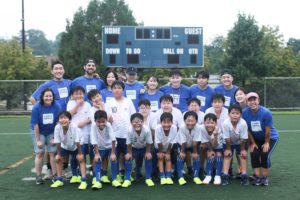 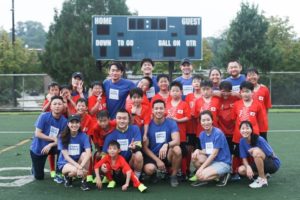 KKOOM has financially supported activities and supplies for Jerusalem Ministry’s Soccer Camp for several years, which takes place in Seoul every summer. For the first time this year, KKOOM took seven boys from Samsungwon Children’s Home to attend the camp as participants. For each of these elementary age students, it was their first time visiting South Korea’s capital.

The camp is unique providing an enriching three days for elementary boys who grow up in children’s homes. The boys from Samsungwon were the only children who do not live in the Seoul area. Everything, from their first train ride to visiting Namsan Tower was quite a new experience for each of them. Just for the train ride alone that took approximately 3 hours, the boys thought they were traveling to America. Now, a trip to America is a little longer than a three hour train ride. Ironically, the boys did step foot on American soil since the camp took place at Yongsan Army Base in Seoul.

After the camp took place, the boys each shared testimonials of their experiences from the camp. We wanted to share with you some of their reflections from a camp which has given them memories for a lifetime.

Group photo after the boys traveled from Gumi to Seoul via the mungunghwa train. 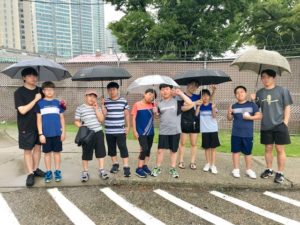 The rain didn’t stop the boys from having a good time! 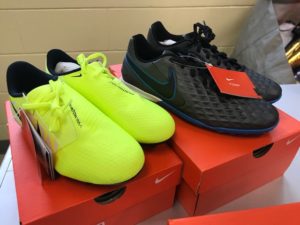 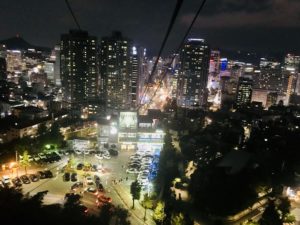 View going up the cable car to Namsan Tower 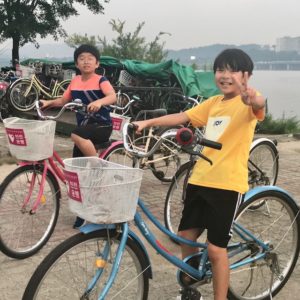 Riding the bikes along the Han River

“On the first day of camp, it was pouring cats and dogs when we arrived. But after we prayed, there was a window of time when the rain went away. The rain came back and forth, which made my eyes watery, but it was still a good time. I went to Namsan Tower – it’s so big and amazing! For one of the days, we had burgers for lunch at the camp. While the other team scored many goals, it was still a great time overall. We went to the Han River to go biking together. We raced each other and I won first place so I was happy. On the last day of the soccer camp, we had pizza and went to the swimming pool. It was a great time! On the last night of camp and our last night in Seoul, we ate at Vatos Tacos, having nachos and fries together with all camp participants and volunteers.”

“This was my first time going to Seoul and I didn’t know what to expect or what Seoul looked like. We played and I had a lot of fun. I hope I can go again next year. I was the goalkeeper for the white team. It was a lot of fun riding the bikes along the Han River. I am hoping I have the chance to go back next year.”

“I was so excited I went to the soccer camp. It was my first time in Seoul and I loved riding the bikes along the Han River and going to Namsan Tower after the soccer camp ended. I told Grace Teacher when we got off the train “Wow, there’s so many people in Seoul.” We lost the soccer game, but I played hard and it was still a good time. I was very happy to receive new uniforms, along with new Nike shoes. This is my first time going to a camp like this.”

“I had a lot of fun at the soccer camp. I was curious how crowded Seoul would be and I always thought there were less cars where I live compared to the big city. In my opinion, it seems that 80% of Koreans live in Seoul. Our team won! Everyone did a good job though. And all of the volunteers are very nice. But I am most thankful for Ms. Noh, the house mother who went with us, and Grace Teacher. Thank you very much! It’s too bad I cannot go back next year since I will be in middle school.”

Your donations made this camp possible from providing the Airbnb lodging for the seven boys and four volunteers, train tickets, cable car ride up and down Namsan Tower, spending money for the children to enjoy their first time in Seoul, Korean BBQ dinner, and much more. This soccer camp gave the boys a chance to grow in their confidence, physical strength, and learn how to work together on a team. We are grateful you invest in the lives of at-risk Korean youth to make their lives better and brighter!