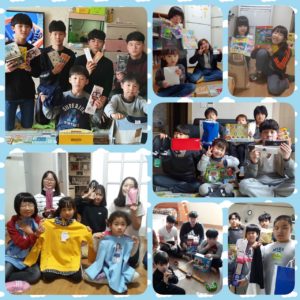 I was born in South Korea but adopted and raised in the United States. Recently, I have been learning more about Korean culture. As I studied it, I realized that May 5th is a very special day in Korea. It is known as ‘Children’s Day,’ and normally on this day parents take their children to an amusement park and buy them a special gift. Every child in Korea knows about Children’s Day!

I then wondered about the children that live in Children’s homes in Korea. As you might suspect, after asking KKOOM about this, I found that often the children’s homes don’t have the extra funds to buy Children’s Day gifts. KKOOM informed me that sometimes they have the funds to send some of the kids they support to an amusement park, but I thought, “Wouldn’t it be nice to surprise the kids and give them all presents too?”

To put good thoughts of paying it forward to taking action, I contacted my best friend who has an adopted son and daughter from South Korea. Together, we raised money to get presents for 200 kids at three children’s homes.  At the end of our fundraiser, her two children even pitched in to help raise money for the Children’s Day gifts. I thought that was very special.

The ‘cherry on top’ for me was that I actually had the opportunity to go to Korea and help present the gifts at one of the Children’s homes in Daegu, where KKOOM planned and funded a special Children’s Day bbq party for the kids.  The best moment of the party was when the volunteers went from room to room, passing out the gifts together, and one by one, I got to see the children’s faces light up with excitement!

KKOOM does so much to improve these children’s lives, and I was blessed to be able to play a small part in their work. 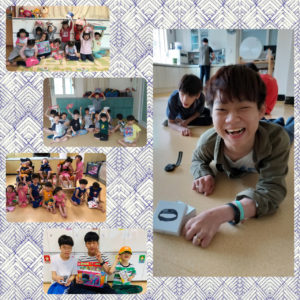 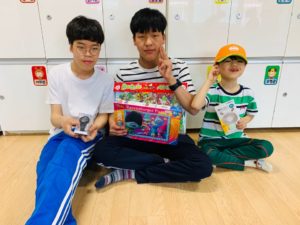 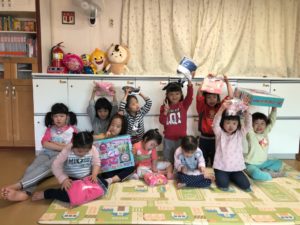 The girls are excited for their Children’s Day gifts at Aemangwon! 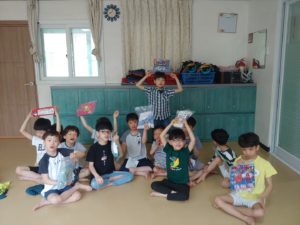 We are grateful for the generosity of the donor who wanted to remain anonymous. Support from people like you allowed the children to feel extra special and loved this Children’s Day in May 2019. KKOOM exists to improve the lives of at-risk youth in South Korea every day. Thank you for believing in our mission!