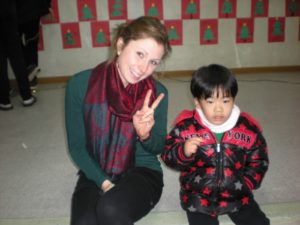 I originally came to Korea in 2012, promising friends and family back home I would be gone for “one year.”  The problem was that throughout that one year, I met so many amazing people, discovered and fell in love with a new profession, connected with great organizations that I could not imagine leaving, and wound up staying for two years.  Since then, I have left Korea three times, truly believing my time here was done. Ultimately I kept being pulled back again and again, mainly in part to the relationships I built in this country, including KKOOM and the children at Samsungwon.

Children performances from the 2017 Samsungwon party

Last weekend I was fortunate enough to take part in my 5th Christmas party at Samsungwon Children’s Home, while KKOOM celebrated 15 years of bringing Christmas cheer to these children.  It was amazing to reconnect with the students I met on my first visit years ago, some of which were hard to recognize as they have grown so much, both in height and character.

While the parties have changed over the years depending on the number of donations, resources, or volunteers available there is one thing that has remained constant – the level of excitement.  Throughout the day, walking around Samsungwon, all you could see were big smiles, from the house mothers, volunteers, and of course the children. The annual Christmas party is always a day filled with positivity.

Samsungwon really is a special place. The feeling is hard to convey through words, but it is unlike any idea of “orphanage” one would normally conceive.  While the families at Samsungwon may not look like yours or mine, this place truly is home. Things at Samsungwon have changed since my first visit, some children have gone off to college while others have arrived, new mothers have taken over for those set to retire.

The constant thing here is the love and care they have for each other.  Despite being gone for two years, I was welcomed with open arms and big smiles from those who recognized me, which allowed me to feel that I had come home for the holidays.

The children receiving their gifts! 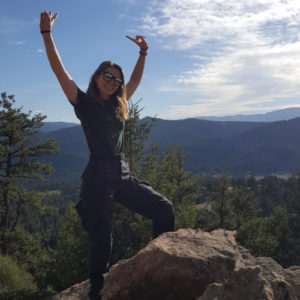 Stephanie Boedecker is currently teaching at a private English academy in Daegu, South Korea. She is an AmeriCorps alumni who helped meet critical needs in the Greater Denver community. Teaching in South Korea for over three years, she has experience teaching English instruction to a variety of students as a former EPIK teacher. A graduate of the University of Wisconsin – La Crosse with a Bachelor’s degree in Finance and Economics, she loves to travel, write, and practice yoga as a certificate yoga teacher.